The traditional Christmas cakes and puddings or at least their earliest incarnations, are documented from as long ago as Medieval England where they were called Plum(b) Pottage. Don’t make the first error that many might; ‘plum’ at this time more commonly referred to raisins than the autumn fruit you would glut on in July. After all, were would our Medieval ancestors have found a steady influx of fresh plums in July?

Indeed diarist Samuel Pepys (yes, he who documented the Great Fire of London) wrote that he ate a ‘…mess of brave plum-porridge’[i] as part of his Christmas dinner in 1662. Earlier records of plum pottage being eaten do survive. The Chevalier d’Arvieux traveled aboard an English ship in 1658 and was served a plum pudding that he described it as ‘detestable’. Earlier still, are records of plum frumenty from the 13th and 14th centuries; frumenty was made of mutton with raisins, currants, prunes, cheap thin wine and spices. This was quite similar to a thin soup and was eaten as a fasting meal in preparation for the Christmas festivities and excesses.

By the time Pepys came to eat his ‘mess’ in 1662, it would have consisted of the above (probably minus the mutton by this point) but was thickened with eggs, bread or biscuit crumbs. The tradition for ‘steeping’ a pudding in stronger liquor than the previous thin wine, has also begun. Sadly for Pepys and his contemporaries, the Puritans banned the now-customary Christmas dessert in 1664. It didn’t make a comeback until King George I (although see this interesting site for a discussion of this claim) re-established it as part of a traditional Christmas meal in 1714.

At this point the history of Christmas cakes and puddings begin to part ways. Some cooks in the 18th and 19th Century began to merge the culinary tradition of plum pudding with that of the Twelfth Night Cake. This cake was sometimes called a King Cake and possibly came over with the influence of the French court (in France Gallette Des Rois are still fairly common) in the 13th Century (or earlier).Traditionally the Twelfth Night Cake contained both a dried bean and a dried pea. The man whose slice contained the bean was elected King for the night; the ‘Queen’ was a lady who found with a pea. For the rest of the evening, they ruled supreme. It is from this tradition that the idea of surprises, small gifts and coins within the modern Christmas cake comes.

The Twelfth Night cake in English tradition also began to become highly decorated in the late 18th and early 19th century (this is very different from the European versions of the same cake which remain unadorned and often ‘open’ as in a tart). By about 1800, most Twelfth Night Cakes were completely white (sugar frosted) and decorated with cut-out coloured paper decorations.

As the popularity of Epiphany (Twelfth Night) waned in English over the course of the Victorian era, so the traditions stemming from Plum Pottage (mincemeat’ pudding with traditional spices & alcohol, sometimes even beer) collided with the Twelfth Night Cake traditions (adding flour, white decorations, sometimes almonds and hidden treasures): the Christmas cake was born.

There are a hundred different Victorian Christmas cake recipes; each region of England added their own flourishes to the basic expectations. Whisky was often added to Northern cakes; London bakers often added stout and brandy; the Sherry trade (having existed between Jerez and the South Coast since around 1100) always boomed in December. Some people added cherries (often preserved in brandy since the June season), figs, stewed apple, pear or quince, candied peel, lemon juice, jam, ginger).

As such, what I am offering today, is a blending of various Victorian recipes for a modern kitchen. I have taken what I think are the best bits and present to you the ‘Perfect Olde’ English Christmas Cake. 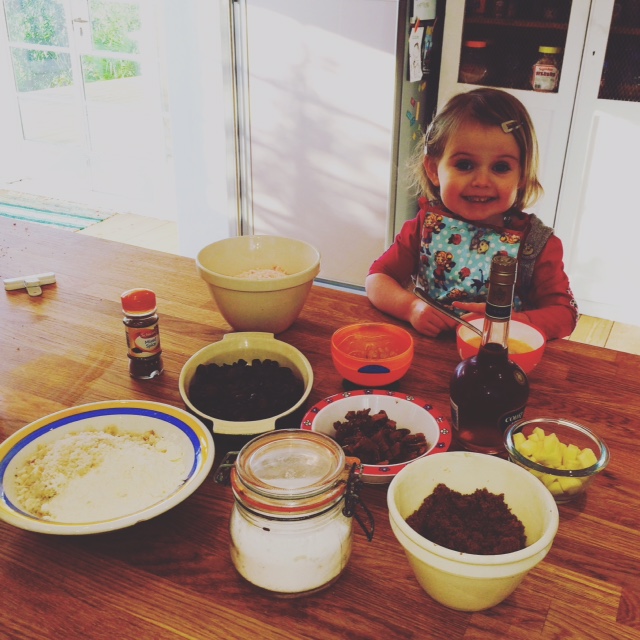 You also need: 300g of pitted black cherries, halved (I really like these ones), the zest of one lemon, 100g sliced (or 150g whole) almonds, two tablespoons of Quince Marmalade or Apricot Jam, 150g butter, 150g muscovado sugar & 4 eggs (beaten). 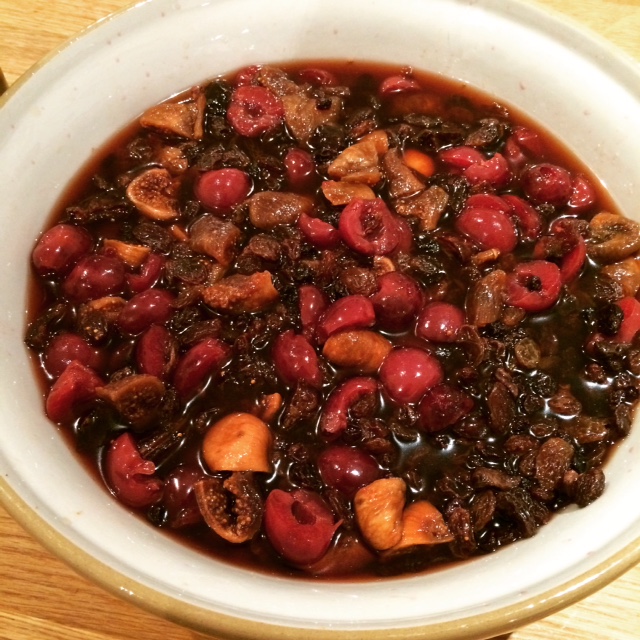 To make the cake…

Marzipan has long been a taste of Christmas. The form of marzipan we know today was probably widely used in Iran well before the 11th Century, where it had a reputation as an aphrodisiac. Indeed, further back still, even the Ancient Greeks has a popular sweet consisting of almonds and honey that was sold on Feast days. In Northern Europe, the tradition of ‘marzipanning’ your Christmas cake (and indeed making decorations and figurines for the top of the cake) comes from the Renaissance where a Marchpane was a popular sweet dish served during big feasts and celebrations. See here for a marchpane recipe. Marchpanes could be very elaborate (swans, ships from the Armada, even St. Paul’s Cathedral all found their place on the tables of the day). Thus, the idea of a marzipan-based decorative topping is yet another stage in the development of today’s Christmas cake where the Medieval, French, Tudor worlds all collide.

The notion of icing over the marzipan comes from the Twelfth Night cake as discussed above, but also implicit in the final white topping are the ideas of both the expected (hoped for?) snowy weather of the season and the newborn Christ’s innocence.

I’m not going to set out a recipe for marzipan and icing (to be honest I often buy it pre-made – you’ll struggle to make better), but for those really going for the traditional route, here are links to excellent marzipan and royal icing recipes. 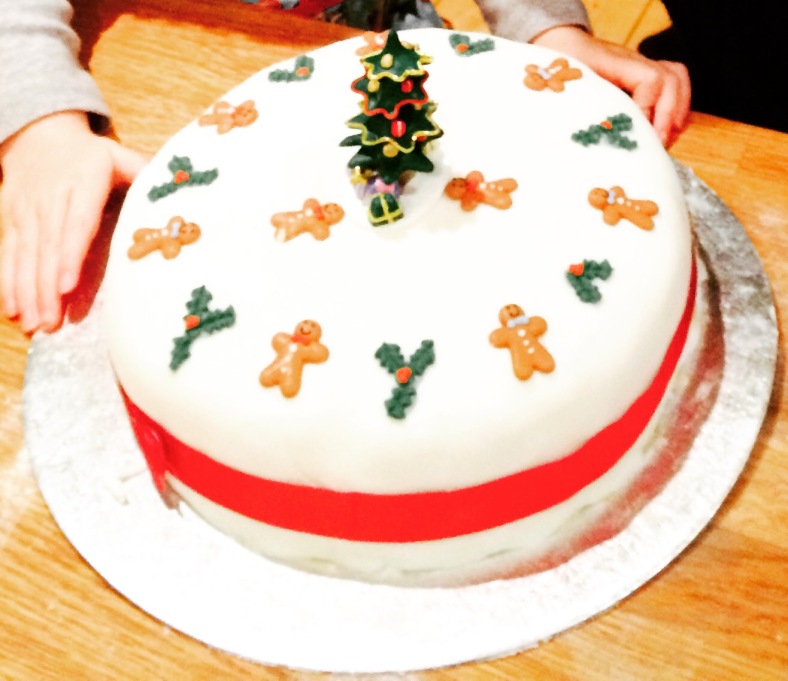 Hot off the Press

Working for a fairer corner of south-east Kent

Top Up To Teach